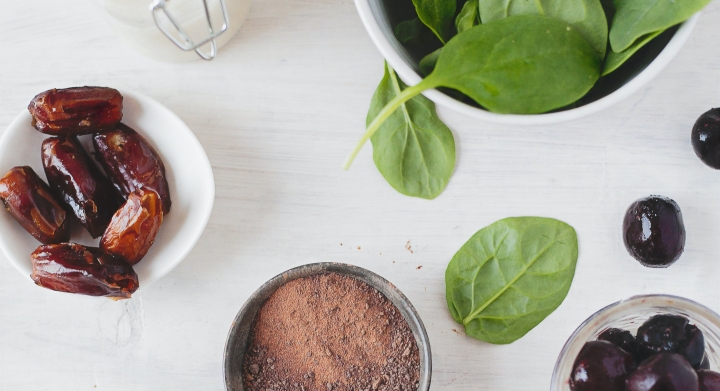 Are folic and and folate the same?

Both folate and folic acid are different forms of vitamin B9. Folate is naturally occurring and can be found in foods such as dark green leafy veg, where as folic acid is synthetic and added to foods and supplements.
Folic acid is synthetic and requires a long process within the body to become active and therefore useable. Becoming active for folic acid means converting to 5-MTHF (5-Methyltetrahydrofolate); also known as methylfolate.
5-MTHF is the active form of folate. Folic acid (THF being the chemical abbreviation) is chemically identical to 5-MTHF, with one small difference that has a huge impact: 5-MTHF has a methyl group. A methyl group, simply put, is 4 atoms (1 carbon and 3 hydrogen). That might sound complicated, but that methyl group is the difference between folic acid working for the body, or not at all.
What about Foods that are Fortified with Folic Acid?
96% of people have un-metabolised folic acid from fortified foods as these foods do not contain the active 5-MTHF form. Unfortunately, people supplementing with inactive folic acid may actually be folate deficient.
What does Folic Acid do?
Folic acid gets a lot of attention due to its ability to prevent neural tube defects in pregnancy. However, there is still a substantial occurrence of neural tube defects in women despite folic acid supplementation and is largely down to the type of folate being used – folic acid rather than 5-MTHF.
What is Methylation?

Methylation is a biological process, whereby a methyl group (1 carbon and 3 hydrogens) is added to another molecule and this happens endlessly in the body. In short, the process of methylation (adding methyl groups to molecules) can be likened to switching on gears in a machine that needs to turn in order to work. Methylation has a role in reproductive, neurological and cardiovascular health and detoxification.

None of the below would work without the process of methylation:
The Science
Folic acid (THF/ tetrahydrofolate) has to first be reduced down to DHF (dihydrofolate) in order to be useful. It should be noted that most studies regarding this conversion are performed on rats. Rats have a quicker enzyme (DHFR) that reduces folic acid (THF), implying that this process is simple, but this can’t be applied to humans too. In humans, this process is extremely slow and some people are genetically unable to do this in the body.
In order for the body to convert folic acid to 5-MTHF, it needs to have working genes to be able to do so. This gene is the MTHFR gene, which in 50% of the population is 70% reduced. If that doesn’t already make it difficult enough, taking folic acid (not 5-MTHF) actually suppresses this gene!
Because this process is slow and difficult in humans, it means there is a large amount of circulating un-metabolised folic acid in the body. This is not a good thing, because folate receptors in the body have a preference for folic acid. This means that the folate in the body that is needed to do its job can’t be done because folic acid is in the way! Un-metabolised folic acid that doesn’t come from food or in the 5-MTHF form is unable to do perform tasks it’s supposed to be doing.
Methylation and Folic Acid
The methyl groups are provided by a chemical in the body called SAMe (s-adenosylmethionine). When the methyl group is given to substances in the body, the gears can start turning. SAMe relies on 5-MTHF to work. If SAMe doesn’t get enough 5-MTHF, the following can’t be produced.
These are hormones, amino acids and other substances which are important for a myriad of functions in the body such as sleep, detoxification, stress, blood pressure and the list goes on. Once you understand how these work in the body, you can start to build a picture of why lack of methylation can have such a negative effect on the body.
How do I Improve Methylation in my Body?
Thankfully, getting enough whole-food and non-processed food into the diet can help. These include green leafy veg, rice, avocados, asparagus, broccoli, Brussel sprouts and legumes. You can also make sure you are getting enough regular exercise and reduce alcohol, smoking and caffeine.
Nutrients that help the methylation cycle include:
Summary
Folic Acid that is not either naturally derived folate or 5-MTHF:

One thought on “Are Folic Acid and Folate the same? ”