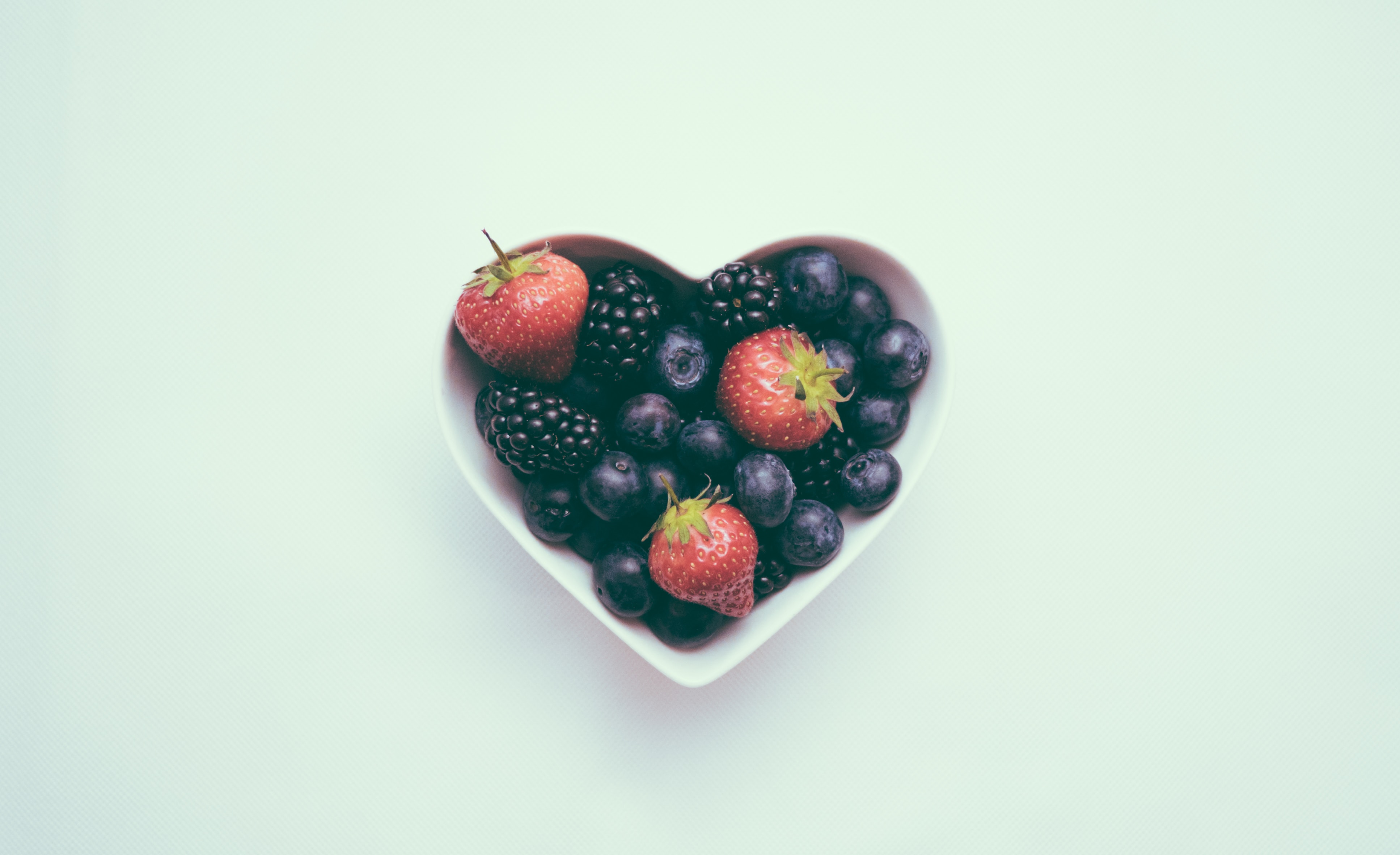 Coenzyme Q10 (abbreviated as CoQ10) is heavily involved in the conversion of glucose into energy in every cell of the human body. The heart has the highest concentration of CoQ10, as this life-sustaining muscle requires copious amounts in order to produce enough energy to pump oxygen around the circulatory system and to prevent oxidative stress.

This powerful nutrient has also been identified in many studies as a modulator of gene expression(1,2,3), inflammatory processes(4,5,6) and apoptosis (the programmed death of damaged cells), so you can see just how vital this nutrient really is!

The body’s primary source of CoQ10 comes from intracellular production. Some foods also contain CoQ10, with the highest being found in organ meats like heart, liver, kidney and brain, although meat and fish also contains substantial amounts. Some plant sources also contain CoQ10, including spinach, cauliflower and broccoli, but it is found in much smaller quantities.

What is the Difference Between Ubiquinol and Ubiquinone?

There are two different forms of CoQ10; ubiquinol and ubiquinone. When the ubiqionone form is ingested, it is rapidly converted into ubiquinol (7). Organs and tissues around the body perform better specifically with either one of these forms. For this reason, CoQ10 is constantly being converted back and forth all over the body, sometimes in less than a second!

Ubiquinol is more water soluble than ubiquinone, and therefore tends to be more popular as a supplement. It is often marketed for its high absorbability, because unlike ubiquinone, it does not have to be converted after consumption, in order to be utilised.

Should I Supplement with Ubiquinol or Ubiquinone?

The general modern consensus seems to be that a person must supplement ubiquinol instead of ubiquinone, in order for it to be absorbed into our cells. Although ubiquinol has been shown to have better absorption in some studies (8,9,10), research is still limited and conflicting.

Scientists are starting to look at the connection between genetic SNPs (polymorphisms), and reduced conversion of CoQ10 absorption. This information is very exciting and could reveal a lot about our individual bodily requirements. However, since the data is in its early stages, it can be easy to jump to conclusions about what your own body needs.

The rise in wellness trends and healthy living blogs can also make things confusing and misleading, particularly as opinions are often taken to be facts, and the original studies are overlooked. As a result, many people will happily spend triple the price for a tub of ubiquinol, in the belief that it is better for their bodies.

However, it is important to understand that not everyone is at risk of low CoQ10 status. As we age, the body’s ability to convert CoQ10 does naturally reduce, but if you are consuming a healthy, whole food diet (ideally containing a portion of organ meat at least once per week), then you should have substantial CoQ10 levels.

What Genes are Involved in CoQ10 Status?

To put things into perspective, there are currently around 13 genes that have been identified for having involvement in CoQ10 utilisation, although there may be more which have not yet been discovered (11). There are several different mechanisms that can be at play in the cellular status of CoQ10. These include biosynthesis, reduction and metabolism processes.

Of the 13 genes identified so far, it appears only 8 have been studied in close detail; CoQ3, CoQ6, CoQ7, NQO1, NQO2 and apoE2, apoE3, and apoE4. Even still, these are poorly understood due to lack of large-scale research. Currently, only 2 of these genetic SNPs have been shown to cause potential conversion issues in vulnerable haplotypes; these are of the NQO1 and apoE genes (13).

A SNP️ in the NQO1 gene means that a person lacks the enzyme required to convert ubiquinone to ubiquinol. There seems to be only one study done in 1997 (14), which looked at the prevalence of this SNP, in a total of 529 healthy subjects. The study found that the prevalence of homozygous SNPs (double copies) was as follows:

A SNP in one of the apoE genes, on the other hand, has been associated with altered cholesterol metabolism, atherosclerosis, inflammation, lipid peroxidation and longevity. The apoE4 gene is perhaps the most significant of these, since presence of a SNP has been linked to a 40-50% higher risk of cardiovascular disease. There is also increasing evidence demonstrating that the apoE4 allele may be associated with elevated oxidative stress and chronic inflammation.

Two studies found that there was a greater response to ubiquinol supplementation in candidates with variants in the apoE4 gene, than those with apoE2 and apoE3 alleles (15), suggesting increased requirement for coQ10 in these people. As a result, it has been theorised that this greater response is due to heightened inflammatory activity that can come with the apoE4 SNP.

Am I Deficient in CoQ10?

There are a few ways to gain better insight into your own body’s requirement for CoQ10, including which type to supplement, if any. The most accurate methods are to test your blood, or do a genetic test.

Can I Test my CoQ10 Status?

If you choose to get a blood test, bear in mind that it will not measure CoQ10 levels in heart tissue itself (which may differ significantly from blood levels). However, a blood test can reveal if you are below the normal range, and help your health care provider determine an appropriate dose for your condition. Blood tests can also monitor your response to certain drugs, like statins (which can lower blood levels of CoQ10).

If you decide to get a genetic test, make sure the lab or an associate provides an explanation of the results, so you can determine what the SNP may mean for you. If you test homozygous in either the apoE4 or NQ01 gene, you may wish to supplement with the ubiquinol form of coQ10. If your report reveals no SNPs, then you may wish to supplement the ubiquinone form, which is much more cost-effective and should perform just as well as ubiquinol in your body. If you have heterozygous variants in these genes, then ubiquinone may still suffice, but it will depend on how much influence the gene is having on your own personal body.

You may also wish to check your oxidative stress levels, by checking your level of reactive oxygen species (ROS), which will provide a snapshot of systemic inflammation. If your markers prove positive for high inflammation activity, then you may be at risk of coQ10 deficiency.

Even with more advanced delivery methods for CoQ10, achieving optimal blood levels of CoQ10 can be challenging. Those suffering from disorders that require higher blood levels have had to consume relatively large doses of CoQ10. Ideal blood levels for those with neurological disorders like Parkinson’s disease or congestive heart failure, are considered to be greater than 3.5 micrograms per milliliter (mcg/mL).(16)

You could just save money all round, reject all testing, avoid supplements, and instead consume organ meats like heart, liver and brain. These sources will provide excellent amounts of CoQ10, in the bioavailable form of ubiquinol, eliminating the need for, or concern over, cellular conversion.

It will also help to make use of the by-products of already-slaughtered animals, much of which appears to be sent to waste in UK meat production, so we may as well utilise its nutritious benefits. If you are a plant-based eater, or this concept just makes you feel a bit uneasy, you can purchase a ubiquinone supplement.

I feel it’s a very exciting time in the world of epigenetics, with science only just starting to scratch the surface on the influence of genetic polymorphisms on nutrient synthesis and metabolism in the human body. However, as with much of the current research in this field, we need larger cohorts to be performed in order to gain better accuracy in our understanding of the roles and international prevalence of genetic polymorphisms, and their involvement in CoQ10 synthesis and metabolism.

2 thoughts on “What is the Difference Between CoQ10 Ubiquinone and Ubiquinol?”