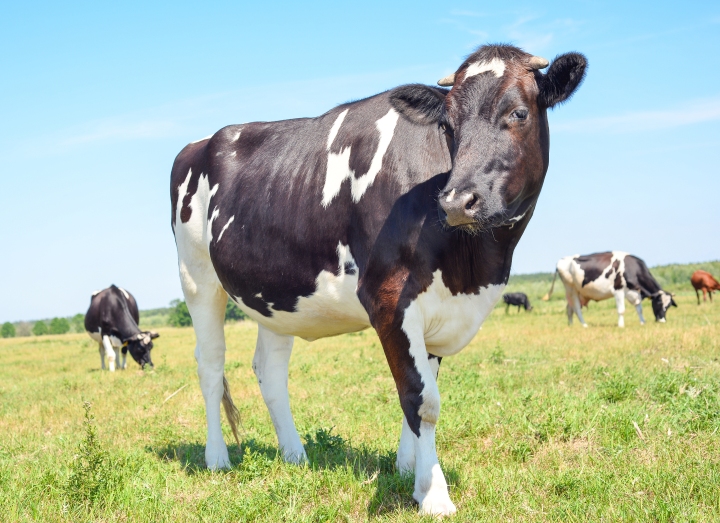 When infants are born, colostrum, is the ‘first milk’ produced for 2-4 days before the ‘true milk’ arrives. Colostrum is considered by Andrew Keech, author of “Peptide Immunotherapy”, as the best known remedy for all-around gut health, can help restore the gut from excess permeability, and is unmatched as an immune system stimulator.

This milky secretion provides growth factors, IgA and IgG to the offspring as the initial building blocks of their immune system and cognitive development. Colostrum from cows is thought to be virtually identical to that of human breast milk and some suggest it to be four times richer in immune boosting potential. When a child is born, their intestinal barrier is highly permeable. The colostrum is responsible for reducing inflammation, and the chances of potential infection, all the while helping to promote the growth and repair of the epithelial lining. As we age, some metabolic processes slow down so colostrum may be able to boost our immune system back to a youthful state.

There are many ways in which constituents of colostrum work in order to protect the immune system. TGF-Beta in colostrum may help to prevent the development of atopic diseases during breast feeding.

IgG is the main type of antibody found in blood and extracellular fluid allowing it to control infection of body tissues. The colostrum we use has a guaranteed 30% IgG level. The colostrum is harvested from European grass-fed cows on pollution-free family farms with meticulous traceability, so every container can be tracked back to the cow it came from, ensuring absolute quality at every step of the production process. Proper hygiene and regulation of temperature and contaminants are monitored throughout. Colostrum Plus is committed to the well-being, security and health of the cows, Europe being the only area to have colostrum regulation in the world. Calves only require a tiny amount of colostrum (roughly four pounds), whereas cows produce large excess; so only the remainder is used for supplementation.

Colostrum activates phagocyte activity and modulates pro-inflammatory cytokine production. Another mechanism of colostrum is the inhibition of bacterial adhesion to gastrointestinal tract walls. Bacteria such as streptococcus pneumoniae and haemophilus influenza can be prevented from attaching to the upper respiratory tract thanks to the inhibitive effects of oligosaccharides within colostrum. Similarly, the phosphatidylethanolamine constituent may prevent helicobacter pylori from binding to gastric mucosa and associated inflammation. Colostrum might be particularly useful in the winter months as it limits the bacterial load. Before the development of antibiotics, colostrum was the main source of immunoglobulins used to fight viruses, bacteria, fungal and yeast infections. In fact, when Albert Sabin made his first oral vaccine against polio, the immunoglobulin he used came from bovine colostrum. When antibiotics began to appear, interest in colostrum waned, but, now that antibiotic-resistant strains of pathogens have developed, interest is once again returning to natural alternatives to antibiotics, namely, colostrum.

Extra benefits of colostrum include supportive mechanisms in building lean muscle and could potentially enhance athletic performance. Bovine colostrum is also used for supporting the immune system during exercise, healing injuries, repairing nervous system damage, improving mood and sense of well-being, slowing the effects of aging, and as an agent for killing bacteria and fungus. Some even use colostrum for their pets who suffer from various ailments.